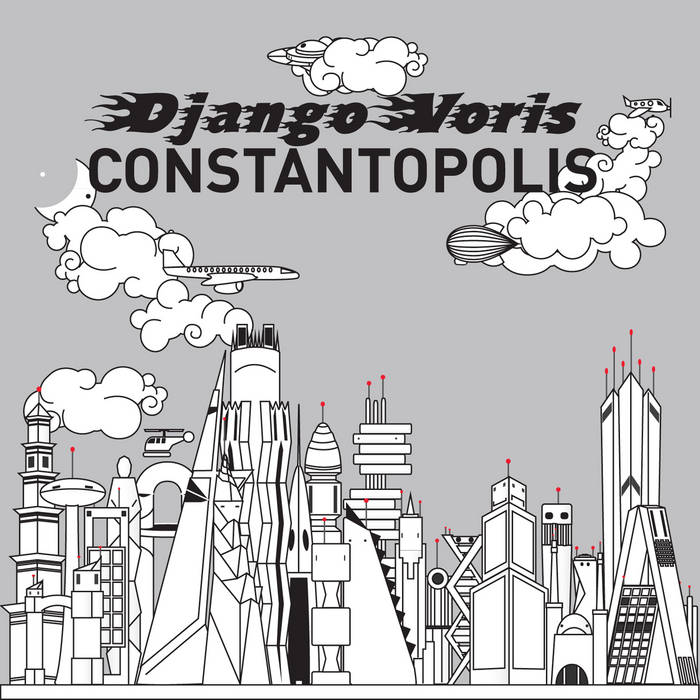 "There are artists that are so idiosyncratic they start to create their own genre, artists like Graham Parker, Gary Numan, Thomas Dolby, Marshall Crenshaw or Antony and the Johnsons. Add Django to that list." Jason Dean, CroMag/7Inches

Born and raised in the deserts of Arizona, Voris found himself adept at learning new instruments from a young age. After acquiring skills in a handful of wind and brass (trumpet, trombone, flute, saxophone), and adding the guitar to his repertoire, he finally settled on piano as his instrument of choice.

On his debut album, The Strange Particle, released in 2010, Voris combined his multi-instrumental abilities with a longtime passion for computing (he learned CBASIC as a child on his grandfather’s old portable Osborne 1). By utilizing samples and field recordings through his own computed processes he achieved a very modern multiple-format approach to music, where any sound source was an instrument. Ink 19 described it like this:

"As I’m listening to this saucer full of electronic secrets, one thought sticks in my head: “This sounds like some sort of avant-garde soundtrack” ...odd noises and children’s toys take us on an amazing journey."

The album gained Voris critical acclaim for his composition and recording methods, and won him erudite radio support in the US and the UK.

On Constantopolis, Voris has changed tack, working almost exclusively with acoustic instruments and live arrangements. Pinned on the rhythm section of bassist Jason Connelly and drummer Kelly Burns (Band Of Susans), the songs bloomed into near orchestral arrangements in the vein of artists like Rufus Wainwright and Sebastian Tellier.

Voris takes credit for recruiting a line-up of exemplary collaborators. Foremost is Seth Garrison (The Fancy, Night Cadet) who contibuted his exquisite voice and synths to the project. Garrison assisted with arrangements and production duties along with Voris and 100m Records’ PJ Norman, who also added his distinctive lead guitar to the track ‘X’.

Where the focus of The Strange Particle was more on experimental programming, the structured approach of his latest effort draws a greater attention to Voris’ considerable song-writing skils. The songs elaborate on the catchy, ironic humor only hinted at on his debut, and cement his position as an artist of note and a songwriter of significant depth.

Constantopolis was recorded by Don Piper at Between The Trains, mixed by PJ Norman at Saltmines, and mastered by Warren Russell-Smith at The Magic Shop.