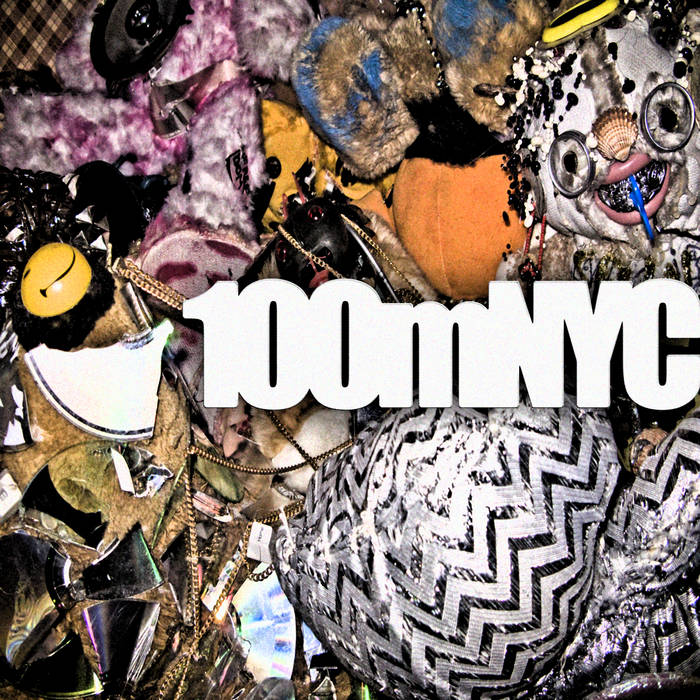 To celebrate our first 10 releases, we are pleased to announce the 100mNYC compilation of artists from the New York underground. Featuring Bowery Boy Blue, Moritz Wettstein, The Brooklyn What, The Specialist, ElodieO, Fates, Django Voris, The Courtesy Tier, Iamprimate and This Reporter.

1. Now We Will Be Brothers - Bowery Boy Blue
"Somber, heartfelt and sublime." - 3Hive

3. I Don't Wanna Go To Williamsburg - The Brooklyn What
"Something you would have seen at CBGB around 1977... blazingly energetic, loud, often hilarious rock with purist punk energy, intelligence and a spot-on, often vicious sense of humor." - Lucid Culture

4. Cuckoo - ElodieO
“A singer whose breathy voice is matched only by the 21st-century downtempo electro-pop that backs her up.“ - XLR8R

6. Big Nature - Django Voris
The sound of a jackhammer at 1/20th speed, squeaky brakes on buses, local business jingles from the 80's, operas about world leaders, that happy growl a dog makes when playing with a new furry toy.

7. Cold - The Courtesy Tier
"It's the sound of an army of vigil antis (sic) lurking in the shadows, dwelling in their desire for some sort of vengeance. Courtesy Tier is a reminder that good things happen when you stick to the roots." - Knocks From The Underground