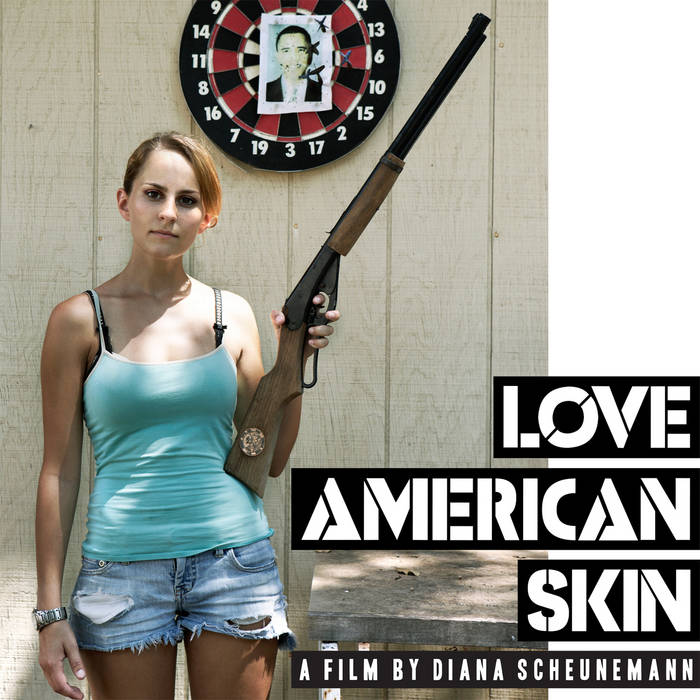 100m Records announce the soundtrack to photographer Diana Scheunemann’s feature-length documentary film Love American Skin. The soundtrack was provided by the label to support Scheunemann’s stunning debut as a filmmaker and is arranged into a thirteen-song, thirteen artist compilation release drawn from 100m Records artists and special friends.

In the summer of 2010, Scheunemann undertook an eight-week road trip clockwise around the USA, starting and ending in New York City. The aim of the trip was to photograph, film and explore the multiple facets of the American identity. Fueled by a curiosity for the stereotype of the Mid-West, she was convinced that New York City, Los Angeles, Miami, and Las Vegas are not an accurate portrayal of the USA. With her boyfriend, artist PJ Norman, and their dog they drove 10,128 miles, and through 21 states to attain a more accurate understanding.

Scheunemann elaborates:
“Over 60 days we filmed, photographed and explored over 60 people. We experienced temperatures between 35 and 118 degrees Fahrenheit, my boyfriend became my husband, and the car’s engine was used as a cooking stove. Love American Skin replicates our journey’s spontaneity, freedom, eccentricity and discoveries.”

Love American Skin is about the American people and their landscape; a surface which invites curiosity, lustfulness, tragedy and love. A single American skin encompassing much history and various points of origin. Peeling back the surface exposes the unique, miniature stories of individual cells in the corpus, and the collective story of a country’s complexion.