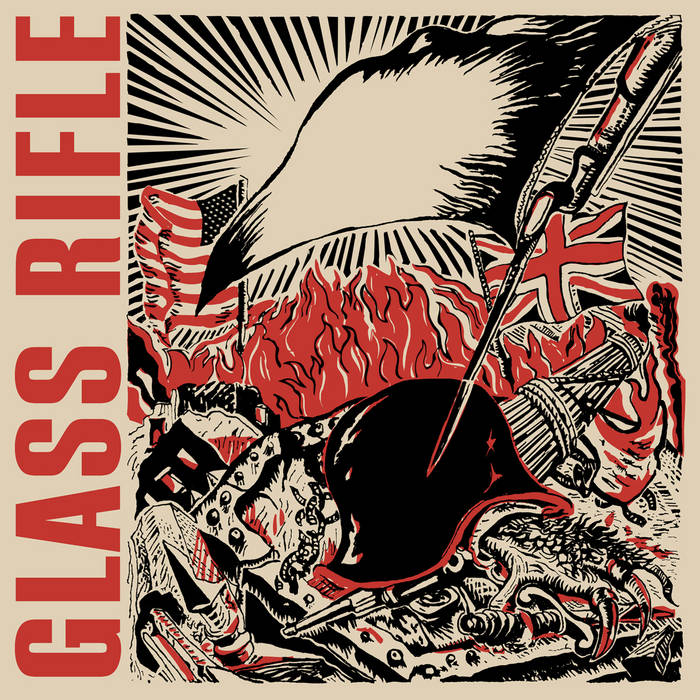 Glass Rifle are Americans Dan Colby, Ryan Francini, and British-born PJ Norman. The roots of the group lie in the Boston DIY punk scene where Colby and Francini first met. After stints on drums for Hydrahead stalwarts The Huguenots, and Jade Tree Record’s The Explosion, Colby formed The Cignal with Francini. In the mid ‘00s, after a well-received 7”, The Cignal disbanded and both Francini and Colby moved to New York City. It was here, several years later, that they met PJ Norman.

Norman, whose reputation as an electronic producer with the 100m Records Collective is well established (tKatKa, Fates), relished the opportunity to develop the guitar style he had with North London underground act Death By Sadie. Where Death By Sadie was a two guitar four-piece, the power trio format of Glass Rifle really pushes Norman’s striking guitar work to the forefront, enhanced by the intense Colby/Francini rhythm section that clearly displays the pair’s longstanding musical connection.

The single is released digitally through 100m Records and is accompanied in true DIY style by a limited edition run of 300 exquisitely letter pressed, hand-numbered CDs, designed and printed by Letter From Brooklyn.