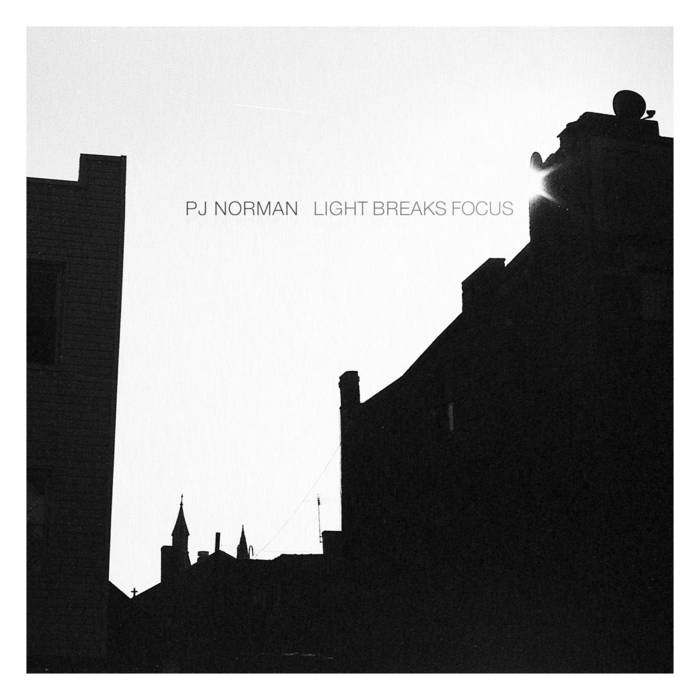 The product of a decade of work, Light Breaks Focus marks the debut full-length from artist/producer PJ Norman, a collection that began life in his native London, UK, in 2006.

During the record's creation, in 2008, he moved from London’s east end to the Bowery in New York City. His apartment hallway was painted with the phrase, “Art is Action, Object is Artefact”, the words of artist Arleen Schloss that would come to be a mantra summarizing how he felt about the possibility of music.

Growing up in Staines, UK, Norman’s love for music was intense and he studied from a young age. After achieving grade 8 from the Royal College of Music in oboe he moved to central London to enrol at City University London in music science. There, under the tutorledge of Denis Smalley, himself a protégé of Olivier Messiaen, he discovered his passion for sound-concrète, North Indian classical and West African music, peppered with influences of Brecht, Artaud, Dada, and James Joyce.

Due to this immersion in various platforms of sound and thought, Norman was able to find his voice collaborating with a myriad of other musicians in the London indie scene. He became a founding member of bands Relapse Lucy, Manalishi, and Death By Sadie. During this time, fortuitous, chance meetings with producer Graham Sutton (Bark Psychosis) and guitar-noise improvisor Gary Smith encouraged him to become absorbed in the world of music production.

This first showing of songs from Norman is released through the 100m Records collective, of which he was a co-founder in 2005. Through the label he has curated and released full lengths by tKatKa, Relations, Soccer Mom and Glass Rifle, and the electronic improvisation band Fates. An active collaborator, he has been involved in many of the label’s projects as both a producer and musician.

Recorded by Kris O’Connor and PJ Norman. All instruments and location recordings by PJ Norman except drums on Bubblegum, Sneaker and Against The Dark by Claudio Strueby and drums on Soon Is Just A Lie Away, Minority and Going Down The Road by Dan Colby. Produced, mixed and mastered by PJ Norman.