You Are Not Going To Heaven 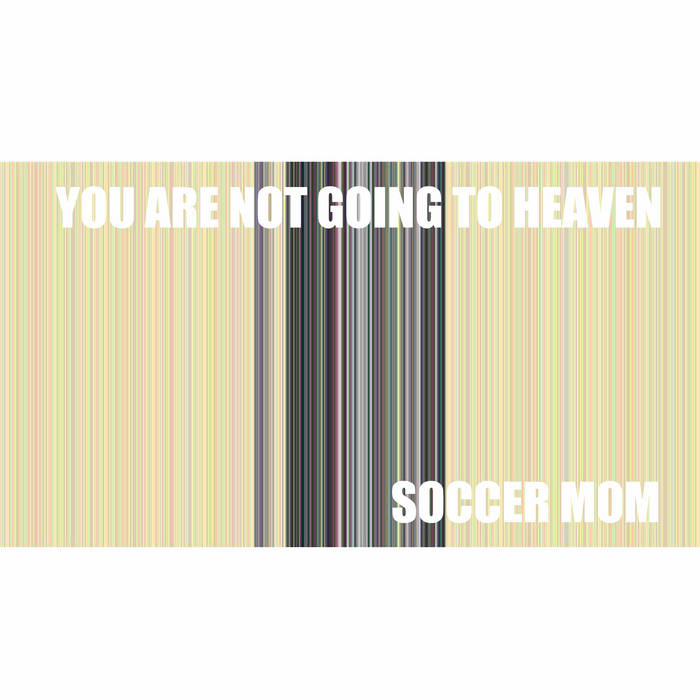 100m Records announce the EP release of new signing, Boston's Soccer Mom. The band, which is drawn together from a medley of different groups, consists of Dan Parlin, Danielle Deveau, Justin Kehoe, and William Scales. Their origins lie in the late 2000's when singer/guitarist, Parlin, returned to Massachusetts from San Francisco armed with a wealth of ideas that, with time, brought the group to life.

After serving in a range of Boston acts, including E.R., Get Help and The Spanish Armada (all on The Beatings' Midriff Records imprint), Parlin cemented the foundations of Soccer Mom when bassist Deveau joined full-time. In due course fellow E.R. sideman and Spanish Armada principal William Scales enlisted as second guitarist, along with Spanish Armada drummer David Kaplan.

In 2010, with what they describe as "a collective caesura among the various competing projects", the band reaped well-deserved attention for their debut 7". They have since recorded this breath-taking 6-song EP with Shaun Curran at The Napoleon Complex in Somerville, MA, which they mastered with Eric Baird at Half Son of Audio. The departure of Kaplan in early 2011 left vacant the drum chair for another E.R. cohort, drummer Justin Kehoe, with whom they continue to deliver their blistering live performances.

Soccer Mom's distinct sound emerges from a detailed exploration of intimate connections between contrasting forces. Through melody and dischord, clean tones and chaotic feedback, they find a balance between the referential and the staggeringly new. The vocals are often sparse and quietly deconstruct conventional song structure amidst a whirlwind of dual guitar histrionics.

When asked to describe the band in his own terms, Parlin states:

"We're all coming from so many angles, influence-wise. I mean, it's rock music - but it's not punk, and it's not just noise. It's not quite dreamy enough to be shoegaze, but it's also not hard to hear all of those pieces sneak in… When people ask us what kind of music we play, I just say "loud". It's not much to go on, but at least you'll remember to bring earplugs to a show."

You Are Not Going To Heaven is released through 100m Records on October 3rd, 2011, in digital and limited edition 10" vinyl with elegant, letter-pressed packaging by Letter From Brooklyn.