by Lizzie And The Yes Men 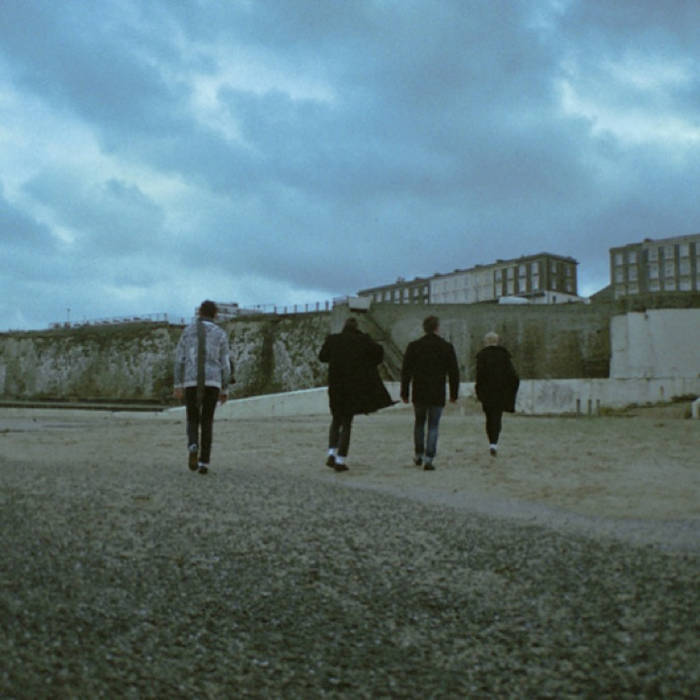 100m Records are pleased to announce the worldwide re-release of the first two singles by British surf-pop sensations Lizzie and the Yes Men.

The band, who describe themselves as a ‘Tarantino surf-pop’ outfit, combine Lizzie’s Twiggy-esque style with a contemporary cinematic sound that fuses surf-pop with punk and draws inspiration from bands such as The Ramones, The Ronettes and The Beach Boys, to create music that wouldn’t be out of place on Tarantino’s next film soundtrack.

The quartet came to national attention in their native UK with the 2011 release of their debut single The Broadwalk which grabbed the attention of Dazed Digital and Fred Perry Subculture. The release saw Lizzie and The Yes Men shortlisted for the Glastonbury Emerging Talent 2011 competition by Breaking More Waves, gaining plays on Frank Skinner’s Absolute Radio show, BBC 6Music’s Nemone show, and being interviewed and featured in Chris Hawkins’ 6Music Acoustic Sessions. The Broadwalk has also been used as the opening music for the British television series ‘The Fabulous Baker Brothers.’

2011 also saw them embark on an Italian tour, during which they played at Rocket in Milan, as well as playing a host of London shows, including a sold-out show with Those Dancing Days at XOYO and a show at Le Baron at Embassy in Mayfair. In 2012 European dates were produced by the Lottarox residency, and saw them returning to Italy, as well as playing Le Baron in Paris and the 1,000+ capacity Debaser Medis venue in Stockholm.

The tag ‘Tarantino surf-pop’ becomes clear within seconds of the first single The Broadwalk, with its combination of catchy surf guitars and whistling. Lizzie’s vocals are suitably upbeat, in keeping with the summery vibes of the track. The Broadwalk is accompanied by a cool, choreographed video directed by James Copeman, who has previously directed promos for Mystery Jets, Paloma Faith, Noah and The Whale, and Wild Palms.

Watch the video for The Broadwalk here - www.youtube.com/watch?v=OGiInelu78A

Deserts is the band’s follow up single which explores more brooding timbres and shows off the band’s darker inclinations. Lizzie elaborates:

“The Broadwalk is us at our poppiest, Deserts is where we get more introspective. It’s great that 100m Records offered to put both out as a double single to introduce us in the US. I feel the two songs really show the breadth of what we do.”

The Deserts video was directed by photographer Laurence Von Thomas, who has previously worked with the likes of Patti Smith and Mark Ronson. It was shot in a crumbling Victorian industrial warehouse, Lizzie plays three different characters in a lynch inspired “tableau viviant”.

"The debut single from Lizzie and the Yes Men is a fabulously upbeat summer tune that channels Debbie Harry, The Ramones and even the whistling genius of Roger Whittaker. It manages to stay on the right side of 'jaunty' with its Spectoresque melodies." Music Week

"Their riffs and twangs have a darker and edgy feel to them. We can imagine if Tarantino ever heard Lizzie and the Yes Men, he'd get them on his next film soundtrack sharpish." Breaking More Waves