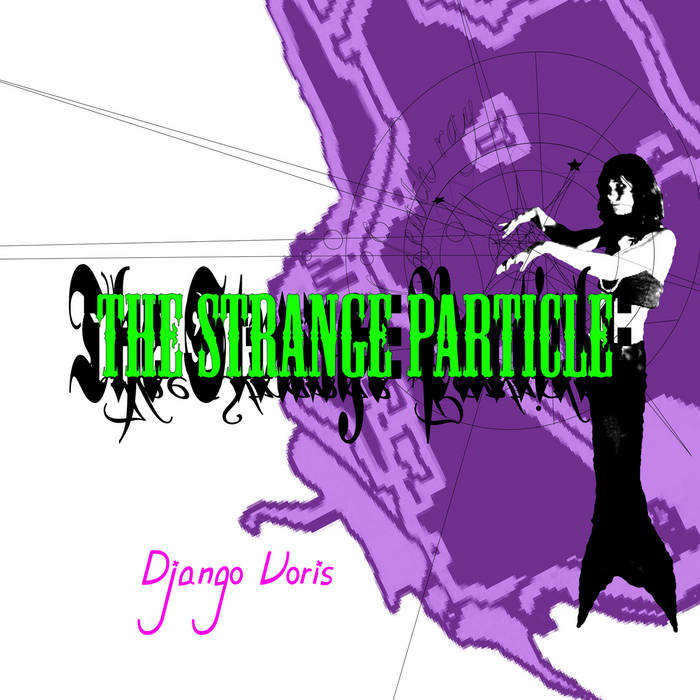 Having already gained notable attention for his collaboration with electronic improvisation group Fates, composer Django Voris releases this stunning soundtrack album. Born and raised in the deserts of Arizona, Voris found himself adept at learning new instruments from a young age. After acquiring skills in a handful of wind and brass (trumpet, trombone, flute, saxophone), and adding the guitar to his repertoire, he finally settled on piano as his instrument of choice.

To create his distinct sound, Voris combined his multi-instrumental abilities with a longtime passion for computing (he learned CBASIC as a child on his grandfather's old portable Osborne 1). By utilizing samples and field recordings through his own computed processes he achieves a very modern multiple-format approach to music, where any sound source is an instrument.

It is only with such a diversified background as a musician that a soundtrack like The Strange Particle could be realized. The sequential growth of lines, and their development through the registers portrays a gifted knowledge for the methods of presenting a full range of frequencies and timbres. The songs are assembled using multiple sound sources, samples and field recordings; and integrated alongside improvised and composed piano and guitar parts. The results are at times fuzzying, dense and unsettling; and at other times belie vulnerability in their clarity. In equal measures polarizing and reassuring.

The album was written by Voris to accompany the anime film of the same name, which was directed by the late Neil Chamberlain. In the same way that the soundtrack was built from fragments of sound recordings, the anime was created using a collage of footage from the pair: some filmed, some animated by hand, and some computer animated. The entire project was initially conceived around what Voris describes as "an epic, Wagnerian kinda drama". When pressed, he explains:

"We were viewing each piece in the soundtrack, and each episode of the anime, as parts of an incomplete story that we were uncovering. We would take a pseudo-historical viewpoint to create a mythology that we could then present in fragmented impressions."

It sounds lofty, yet with this approach the pair succeeded in creating a mesmerizing otherworldly audio-visual experience.

Tragically the anime was left incomplete with the sudden death of Neil Chamberlain in May 2010. In support of the soundtrack album, and in support of our own belief that Chamberlain's remarkable work should be seen by all, 100m Records have released three excerpts from the film, one per month, from the release date of the album.