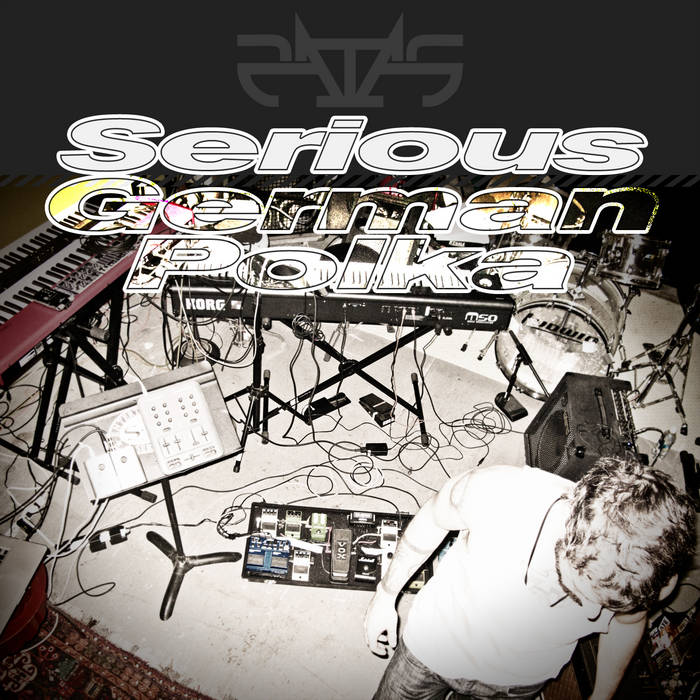 Fates are American composer Django Voris and British-born artist PJ Norman. They met in New York City in early 2009. Their shared passion for electronic experimentation led to a set of improvisation sessions with Swiss electronic artist Moritz Wettstein. The sessions were recorded at Harvestworks, the foundation co- founded by Bob Moog to support experimental music. The recordings led to "Murky Circuits", an LP release on 100m Records in 2010 which met enthusiastic reviews from the electronic music press, describing it a "post-glitch triumph" (Cyclic Defrost) and "one of the most original electronic records of the year" (The Milk Factory).

The departure of Wettstein in late 2010 back to his hometown of Zurich, Switzerland, meant that Voris and Norman were free to explore more tonal pastures. Norman elaborates:

“On “Murky Circuits” Moritz was handling a lot of the beat work, he’s a glitch-maestro. When he left, Django and I were challenged to fill the space. We didn’t want to impersonate Moritz (I’m not even sure that would have been possible), so we decided to explore more tonal and harmonic ideas, working in multiple keys simultaneously over simple loops. Then, when we wanted more rhythmic ideas we brought in a live drumkit. That’s where Claudio came in.”

Recorded over a series of sessions at the group’s studio in DUMBO, Brooklyn, between 2010 and 2012, ”Serious German Polka” continues the strict electronic improvisation ethic that Voris and Norman established with Wettstein on “Murky Circuits”, culminating in the epic, 15-minute title track, featuring Swiss drummer Claudio Strüby on drums. Voris describes the process of working with Strüby:

“Before we brought Claudio in PJ had been laying down the drums, on Morning USA for example. But then we had this long fifteen-minute improvisation that just required something more complex, more bombastic. PJ had met Claudio back in Zurich and invited him to sit in. It was incredible to watch, Claudio listened once through what we had laid down and then improvised two takes over it start to finish. He’s a serious professional... I mean, we were working in multiple, overlayed time signatures.”

Norman explains how they came up with title:

“After Claudio had finished tracking, Django and I were both dumbfounded. He looks at us and says,”That was some serious german polka”. We knew right away that was the title.”

During Fall, 2012, Fates were invited to bring their improvised electronics to a residency at the Glasshouse gallery, Brooklyn, in a series of 24-hour audio/visual performances utilizing the gallery, project space and apartment space as an open system to source, disseminate and interpret the electronic performance. The series, titled “Play Me”, sees the pair orchestrating installed sound sculptures using motion sensors and ball bearings, live ambient location recordings and re-projected visual sources throughout the building turning the space into an audio/visual instrument and dynamic canvas simultaneously.

To coincide with their Glasshouse residency 100m Records release this, their second full-length, “Serious German Polka”.

PRESS
"Nebulous post-industrial soundscapes constantly tweaked and realigned to create one of the most original electronic records of the year to date. 4.5/5" THE MILK FACTORY

"A post-glitch triumph that goes by quickly but not without making one’s head spin." CYCLIC DEFROST

"Literally one in a million; tweaking and meshing uncommon sounds to create one of the most original electronic pieces I have heard all year. Abstract art for the ears most certainly." AW MUSIC

"Murky Circuits sounds like a highly caffeinated robot took over a decrepit Radio Shack and had its way with anything it could grab." CHUBBY JONES

"When you listen to this material with headphones it really takes on a life of its own as all of the various textures come together to create lush soundscapes." COSMOS GAMING